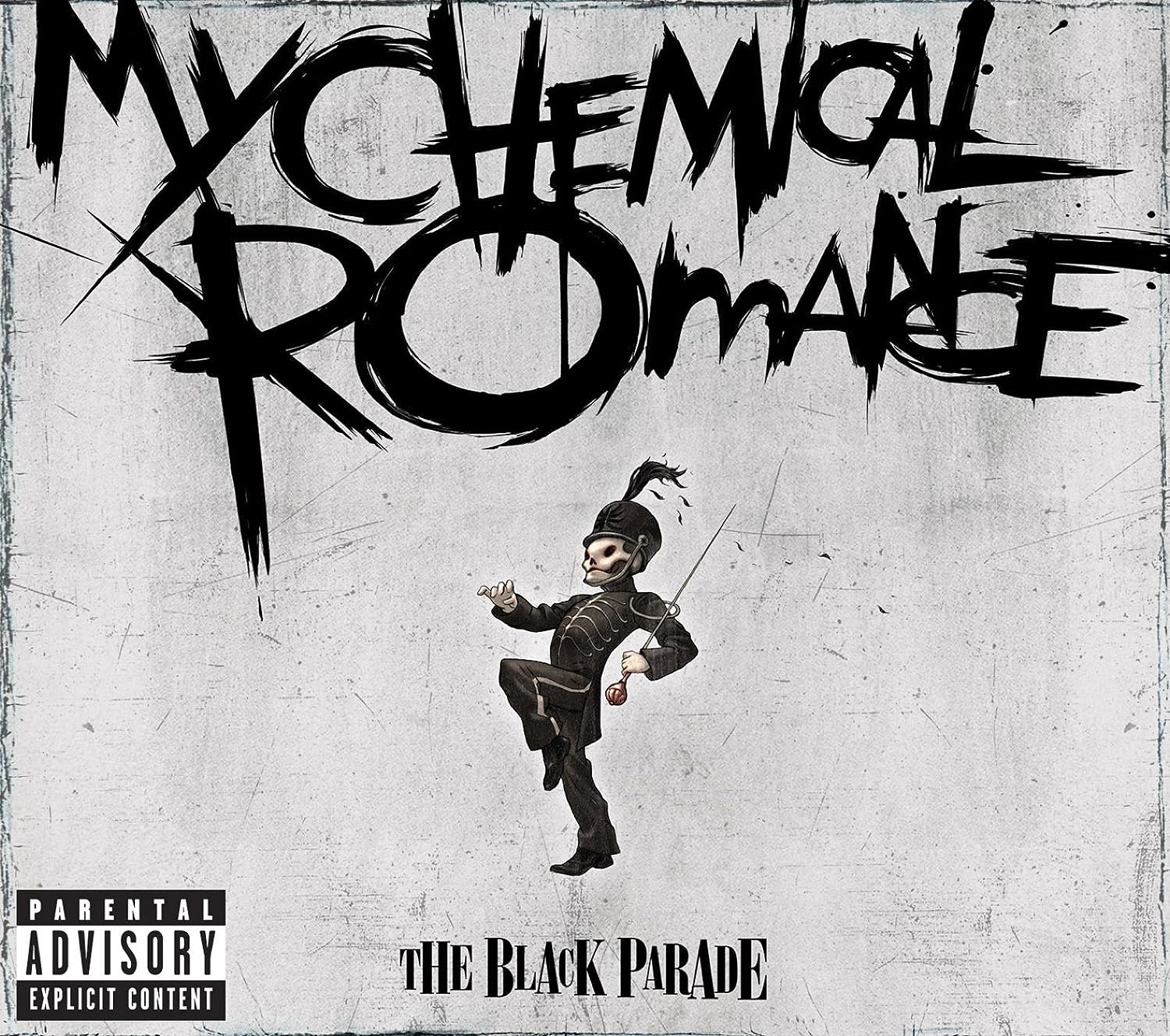 A classic album review is an idea I've been toying with for a while. It's a rinse and repeat pattern too. I'll think of an album, I'll think, "Hey, this would be great for a classic review." then I either get too busy or just don't think it'll get a lot of reads. But with my review calendar clear for a while and some free time until then, I figured it was now or never.

When it comes to 2000s power-pop and pop-punk music, I don't think there is a single band more powerful than the mighty My Chemical Romance. The band's formation is an interesting story with lead singer Gerard Way getting inspiration from tragedy. He was compelled to form a band after the 9/11 attacks on the World Trade Center, the Pentagon, and nearly The White House. A week later, guitarist Ray Toro and original drummer Matt Pellisier joined the band with Way's brother Mikey and second guitarist Frank Iero rounding out the band shortly after. They first set the world on fire in 2004 with the album Three Cheers for Sweet Revenge, and rightfully so, the album is amazing. Loud chunky guitar riffs are met with Gerard Way's incredible voice and lyrics. The energy on the album is incredible and it's always nice to go back through. It also blows my mind how well the songs have aged. Songs like Give 'Em Hell, Kid, and I'm Not Okay (I Promise) still bang as hard today as they did when they were released, the latter of which is probably my favorite song on the album. (I'M NOT O-F*CKING-KAAAAAAY!!)

For the next album, the band decided to up the ante a little bit. The album was recorded in a haunted mansion in LA and getting Rob Cavallo, producer for another huge 2000s rock opera American Idiot and most of Green Day's and Goo Goo Doll's discography, to produce this album. His production helps give this album a much bigger, much more atmospheric sound than Three Cheers, there's really not any wasted space sonically. From guitar solos panning from one channel to the next to Way's voice being layered over and over again to create these amazing harmonies, it's all really well done.
The album starts off with the sound of an EKG before Way and some acoustic guitar starts off the opening song, The End. There's this certain flair in Way's voice that makes him come across almost like David Bowie. There's this giant explosion of loud, distorted, layered guitars as soon as the verse ends with these crazy harmonies and just a lot of heaviness in general. The song transitions beautifully into Dead!, aided only by the sound of that same EKG flatlining. The energy also picks up as soon as the songs switch with an incredible guitar solo and loud drums leading into the first verse which is really dark, with Gerard Way singing:
"And if your heart stops beating, I'll be here wondering
Did you get what you deserve? The ending of your life"
The whole song is a gut punch lyrically as the song gets even sadder in the chorus with Way singing:
"Have you heard the news that you're dead?
No one ever had much nice to say
I think they never liked you anyway"
However, I can't help but laugh at the part where he sings about how The Patient has two weeks to live before the band bursts into this big "la la la la la" sing-along to end the song. The songs This Is How I Disappear and The Sharpest Live keeps the energy at a high point. Chunky guitar riffs, Way comes through with more solid vocal performance. The former of the two songs has this really sick breakdown around the 2:45 mark with everything going half time to ensure maximum heaviness. But the crown jewel for the first run of this album is the title track, Welcome to the Black Parade.
I mean, what can I really say about this song that hasn't been said already. In the sense of the narrative, the intro shows The Patient reminiscing on a memory he holds super close to him, his dad taking him to a parade. The chilling piano intro paired with Way's tense, almost shy vocal delivery, it's fantastic and still hits me as hard as it did the first time I heard it. There's a slow build up that really gives the song a marching band vibe before there's some tom heavy drum fills and distorted guitars just wailing away while Way starts screaming out the verse. Then there a cymbal crash, a drum fill, then we get another super energetic instrumental. The chorus on this song is almost sentimental to me since it's what made me a fan of this band. "WE'LL CARRRRRRY OOOOOOOONN!!"
The song House of Wolves has slowly become on of my favorite songs on this album. It sounds like something straight out of the KISS playbook, almost like the band was listening to Detroit Rock City while they were writing this song, but I don't care. It's still a banger. I absolutely love the bridge on this song where it's almost like Way is having a conversation with the instrumental. He'll sing a line or two acapella, then the band will come roaring in, then he'll sing a few more lines in the rubble then the band will come roaring in again. The song Cancer is actually a song I was familiar with because of a Twenty One Pilots cover of the song, even though the difference in the original and the cover is night and day. It shows The Patient at his most vulnerable, saying that he can't kiss his brothers and sisters because he feels almost guilty since he knows he won't be around much longer. The second verse is absolutely heartbreaking with Way singing:
"Now turn away, 'cause I'm awful just to see
'Cause all my hair's abandoned all my body
Oh, my agony, know that I will never marry
Baby, I'm just soggy from the chemo
But counting down the days to go, it just ain't living"
The song Mama is quite literally insane. The guitars just keep getting more and more intense as the song continues which leads to this incredible breakdown before we have a Liza Minelli feature? It's a huge curveball but I'm all here for it. The song Teenagers is downright hilarious with Gerard singing about how he's afraid of his target demographic, teenagers. A hilarious story I found when getting background info for this review was that Way wrote the song after he had a panic attack in a subway after realizing how many other teenagers were on it. When he played the song for Frank Iero the first time, Iero thought it was a joke.
And yes, Way means every word he sings in this song but I never fail to laugh at the chorus bluntly saying, "Teenagers scare the living sh*t out of me." I feel like the band just needed a carefree, goofy banger to put on this album and this is it. I'm not saying that to knock it either, the song is great. There's a certain 70s rock vibe to it, just with more distortion. The song Famous Last Words is a fantastic closer to this album with the band leaving us on a cliffhanger, letting the listener decide if The Patient lives or dies, with Way singing in the chorus

I am not afraid to keep on living
I am not afraid to walk this world alone
Honey, if you stay, I'll be forgiven
Nothing you can say can stop me going home
This album was originally supposed to be the band's last project and to be honest, this would have been an insane sendoff. It just hits every right note for me even this many years after I heard some of these songs for the first time. I will admit, preparing for this review was the first time I had ever listened to the album in full and I don't know why it took me this long but I'm glad I decided to do it.
Thank you guys for choosing this album for me. My plan right now is to try and do one of these every month but we'll see what happens. For these classic reviews, most albums I choose are going to be 10/10s so I don't see a point in scoring this when we all know it's incredible. If you, for some reason, have never listened to this album, I would suggest you take some time to do it because not only has it aged amazingly, it's probably the band's most accessible project out there.
The next classic album review will be:
MF DOOM and Madlib
Madvillainy 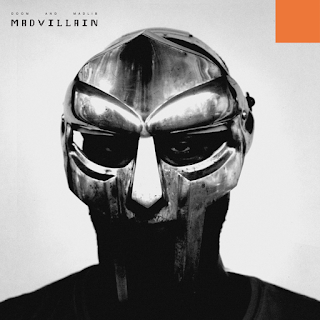