Links to stream the album are embedded below, physical copies of the album are also available at several retailers including exclusive vinyl variants at Target, Walmart, Urban Outfitters, and your local independent record store. Billie embarks on the Happier Than Ever  Tour next Spring, tickets for all shows are on sale NOW! 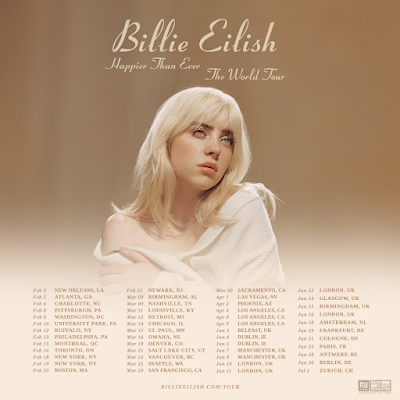 Posted by Andrew Watters at 8:05 PM