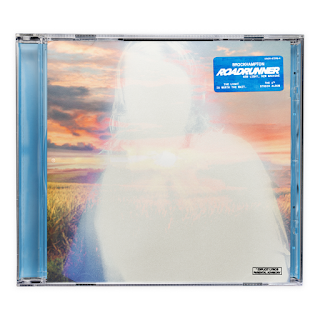 Oh damn, it's been a hot second since I've talked to you guys on here. I really didn't intend to take a month off but it was needed. I wanted to review both the AJR and Justin Bieber album but, eh. This blog isn't my main priority and school started ramping up a little bit so why waste time and energy on both of them. Just avoid them if you can and if you can't, I am very sorry for both you and your ears.
But enough about both of them, I'm not here to talk to you about Bieber and AJR, I'm here to talk to you guys about the latest album from "the best boyband since One Direction," at least, according to frontman Kevin Abstract. BROCKHAMPTON has been around for about 5 years already which is crazy to think because it still feels like yesterday that the Saturation trilogy dropped. The group boasts 13(!) members even though only 6 of them sing or rap prominently. Those six being Kevin Abstract, Dom McLennon, Joba, Merlyn Wood, Bearface, and Matt Champion. The other 5 members have roles producing songs, creating merch, or just trying to make a great creative direction. The group absolutely exploded onto the scene in 2017 with the aforementioned Saturation I, II, and III, projects that still sound insanely fresh to this day. The goal of the three albums was for the group to be impossible to ignore and it worked out well. They weren't just dropping a lot of music, they were dropping a lot of great music. Whether it was groovy but high-energy songs like ZIPPER and GOLD, the latter of which never fails to get stuck in my head. The chorus is just so catchy. There are also some great slower and vibier songs like BLEACH and SUMMER. But if there's one thing the group excels at, it's making some all-out ragers. The song BOOGIE off of SAT. III can take me from being tired to making me want to fight your grandma before Kevin even starts singing. There's also the song QUEER which has been one of my favorite BROCKHAMPTON songs for a long time with a banging beat, super infectious "DONT GO RUNNIN YOUR MOUTH" hook, Merlyn's verse is super fun and charismatic, and when it slows down in the middle, it's heaven. All of this to say, the group blew up in the best way possible. Then, they started falling apart a little bit.
In December 2017, Abstract announced the group's next album would be titled Team Effort and would be dropping sometime in 2018 but in March, the album got scrapped and it was announced that an album named Puppy would be dropping sometime in mid-2018. The group also signed a huge deal with RCA Records the week after this and everything was looking up for the guys...then, now former member Ameer Vann was kicked out of the group after an ex-girlfriend accused him of being both emotionally and verbally abusive and also accused him of sexual misconduct. Puppy was delayed once again and the group put all touring on pause. This left the group in a weird position. On one hand, they did the right thing kicking out someone who admitted to being an abuser, but on the other, this same guy is prominently featured on the cover of all 3 of the SATURATION albums. So after a month off, the group kept pushing forward, appearing on Jimmy Fallon and dropping 3 singles in July of that year. In August they announced iridescence and yes, this one actually came out. It's not my favorite album they've ever released but it's still solid and it's a good listen, I just don't return to it very often. Then in 2019, we got GINGER which I actually reviewed on here when it first dropped (God I've improved so much as a writer since then). And while I think this album is better than iridescence, it still doesn't hold a candle to anything they released on the Sat Trilogy.
So that brings us here today. Over the lockdown, the group remained active with their Technical Difficulties series and one of the songs from the project even landed on this album, the song chain on/hold me featuring jpegmafia. The song isn't presented exactly the same though. The "hold me" portion is gone, Peggy actually gets a verse, and there's an entirely different beat on the song too. The rollout for this album actually happened pretty quickly. The day after my birthday, Kevin Abstract announced that a new song and video were coming at midnight and that the album was coming out two weeks later. They dropped another single on April 1st, and then the album was here and after a few listens, I'm still extremely happy with it. It's definitely the bounce-back that the group needed after iridescence and GINGER. The music here is a lot more energetic but it also manages to be just as introspective and dare I say "deep" as they were on those previous two albums. The production on here is fantastic which should be no surprise for a BROCKHAMPTON album and there's also a bunch of features which is uncharted territory for a BROCKHAMPTON album. There's guest appearances from A$AP Rocky and A$AP Ferg, Danny Brown, Charlie Wilson, even Shawn Mendes is credited for singing the chorus on COUNT ON ME. 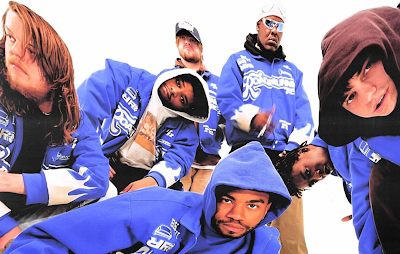