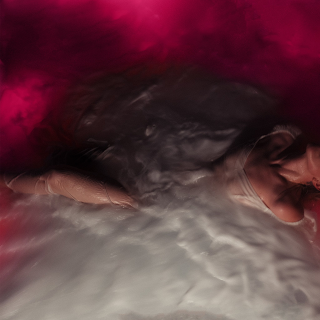 I always enjoy surprise drops because they don't give me any time to set expectations or try to disappoint myself on the first listen. I sort of just throw my headphones on and dive in. And this album announcement really threw me for a loop. All signs were pointing towards a new Paramore album being in the fold next but here we are, less than a year later, with another solo album from Hayley Williams. For those who are unfamiliar, Hayley is the lead singer of one of the most popular power pop bands of the last 15 years Paramore. The band broke out into the mainstream in 2007 with the album RIOT! which is filled from cover to cover with great riffs, tons of energy, and bangers for days with songs like crushcrushcrush, That's What You Get, and most notably, Misery Business. Their following albums, Brand New Eyes and Paramore, I wasn't head over heels for but both albums had some great moments. The songs Misguided Ghosts and All I Wanted on Brand New Eyes are fantastic and if you want a great introduction to Paramore, listen to the songs Ain't It Fun and Still Into You off of the self-titled album, they're perfect pop and rock blends. The band then completely changed their sound with 2017s After Laughter, an album that embraced more disco and new wave and synth-pop influence. A lot of these songs sound super happy, super summery, but when you dive into the lyrics, it's really sad. For example the opening song Hard Times has a super slick guitar lick, some tight drums, and just makes you feel good and makes you wanna dance. Meanwhile, Hayley is singing in the chorus about how hard times in life are "gonna make you wonder why you even try...gonna take you down and laugh when you cry." The whole album is an incredible balancing act of happy sound but sad lyrics.