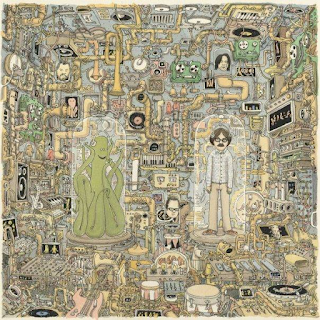 Welp, here we are. The first new album review of 2021. I didn't anticipate starting the year off by reviewing Weezer but this album literally came out of nowhere so here we are. If you, for some reason, have never heard of or never listened to Weezer, first off, have you been living under a rock? Second, they are one of the most revered and respected Alternative Rock bands to ever come onto the scene, even if they're also one of the most inconsistent. Their first self-titled album, popularly known as The Blue Album, came out in 1994 and the band automatically shot to fame. And rightfully so, the album is fantastic. The production is handled by the late great Ric Ocasek and he did a great job with it, and Rivers Cuomo's lyrics are unapologetically insecure and even nerdy at times. Songs like Buddy Holly and Say It Ain't So are classics to this day. In 1996 came Pinkerton which is an album I could probably do an article on alone but to sum it up, people hated this album when it first came out, leading the band into a hiatus. But, slowly and surely, it started growing on people and now it's thought to be their best album ever and one of the best alternative albums of all time. But ever since that hiatus, the band has been on a long period of inconsistency. The Green Album and The White Album are probably their only two albums since then that I've enjoyed in full. Every other album is probably good for a single or two but the rest of the songs are either forgettable or just kinda boring. However, things have been looking up for the band more recently ever since they shot up to mainstream relevancy again.