ALBUM REVIEW: The Weeknd - After Hours 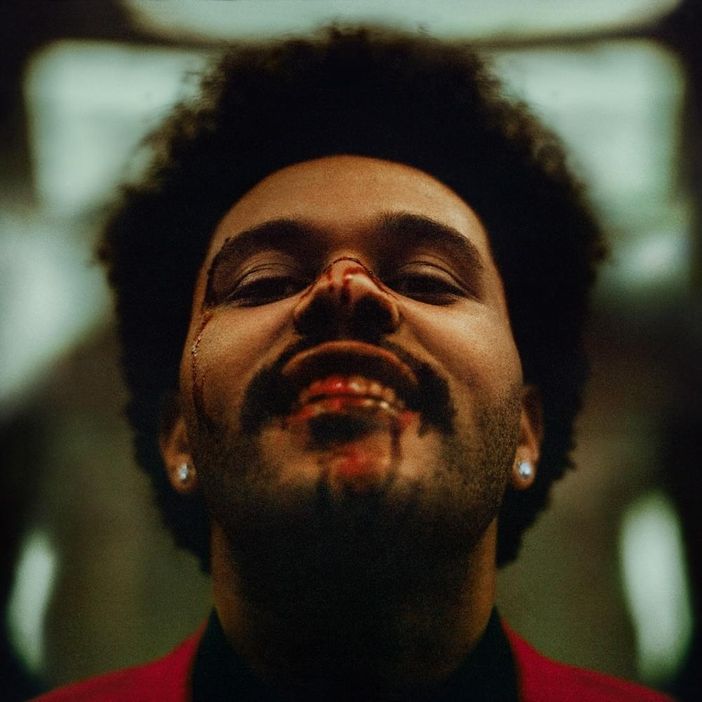 After a massive 2018, including headlining Coachella and Lollapalooza, and dropping one of his biggest projects to date, The Weeknd took a year off to work on this album and perfect this era. Abel Tesfaye has been working under this name for almost a decade, and I've always enjoyed the projects he's put out. The Trilogy and Kiss Land were both super solid pop efforts that I still find myself going back to every now and then. Beauty Behind The Madness still holds a soft spot for me since it's the project that got me into him. From the bouncy Can't Feel My Face and In The Night, to more mellow songs like The Hills and Shameless. It showed The Weeknd finding his niche, finding a great sound that suited him. And even though this sound was amazing, I was not prepared for Starboy. This was something entirely new. From Daft Punk features to some of Abel's best singing to date. It launched him up into pop stardom. Two years later, we got the My Dear Melancholy, EP. A project that I don't really care for, but I can still respect the amazing production.

The teaser tracks for this album did not disappoint me. Heartless is an energetic song that will make you text your ex just to tell her to f*ck off. Thick bass, loud drums, and a ton of energy all come from a Metro Boomin beat. Blinding Lights is something completely different, but in a great way. It's something straight out of an 80's sci-fi thriller. Awesome drums, a great synth-line. The 80's pop sound really suits him. So going into this album, I was interested to see what Abel had up his sleeve. My personal hope was that he would dive into that 80's pop sound more since Blinding Lights was so incredible. I was wrong in that prediction, but that doesn't put a damper on the album for me.

The album starts with the song Alone Again, which took a few listens to grow on me. The first half the song has this creepy, mysterious tone. Some synths float around in the background while Abel sings his heart out. About a minute and a half in, some distorted bass and some chimes come in while Abel just kinda riffs over the instrumental. There's a little beat switch that makes the song so much better. There's these loud crashes of bass before the drums come in. The lyrics detail someone overdosing, and asking their lover if they'll stay with them throughout his rough times. Saying in the chorus,

Check my pulse for a second time (A second time)
I took too much, I don't wanna die
I don't know if I can be alone again (Alone again)

I don't know if I can sleep alone again

Too Late has an infectious groove to it, with an awesome drum loop going through the chorus. The production of the song is great as well. It starts off with these organs that sort of pop in and out throughout the song, before some more twinkly synths come in and all mesh together leading into the chorus. There are also some awesome moments where they're pitch-shifting Abel's voice in a spooky kind of way. Hardest to Love is driven by another great drum loop and some of the most standout lyrics to this point in the album, with Abel reminiscing on a relationship and realizing that he was the problem. The end of the song turns into this sort of creepy mess that transitions into my favorite song on this album, Scared to Live.

It starts off with these somber chords and a slow drum groove, with the snare echoing off into the distance. The pattern continues through the chorus and second verse. The second chorus has quite a few more layers to it, with more chords and a few more effects on the drums to where they're all echoing. The bridge is beautiful. An arpeggiated synth, Abel's voice panning back and forth between the left and right channels. (For the full effect, put on both headphones and you can hear his voice switching between each headphone.) Abel sings acapella for a bit before the song wraps up with one final chorus and bridge. Speaking of Abel's singing, it's incredible on this song. His voice is full of emotion and he's hitting these incredible high notes. It's so amazingly put together. Snowchild is a song with Abel reflecting on his career up to this point. The beat is sort of slow and psychedelic, with hi-hats panning in between channels and synths playing along with his voice. There's also this hilarious line where he says, "She like my futuristic sounds in the new spaceship / Futuristic sex, give her Philip K. Dick," name dropping the famous sci-fi author. The only song on this tracklist I would call a minor misstep is the song Escape from LA. It's not that it's bad, the writing and production on the song are great, but it just drags on for too long. The song doesn't really need to be almost 6 minutes long. The outro, however, is the biggest middle finger to his ex on this entire album, saying:


Faith has some of the best production on the album. There's a killer synth-bass line, some crisp drums, and a solid performance from Abel. This song has the most rock energy on the album. If you throw in some distorted guitar, this could be a rock song. The first half of the song shows Abel talking about this lavish lifestyle and indulging in the use of cocaine and marijuana, and pretty much living with no fear. Thinking he's invincible, telling a female character in the song, "if I OD, I want you to OD right beside me." The outro shows Abel being brought back down to Earth after supposedly overdosing, talking about how the lights are blinding him. The song then beautifully transitions into Blinding Lights, which keeps the energy going. In Your Eyes is Abel continuing the 80s pop sound, which might be why I love it so much. The instrumental honestly sounds like something that The Cure or Depeche Mode could've released in their heyday. There's so much going on in it too. The chorus has a guitar strumming alongside a killer bass line and some synth swells that kind of just stay hidden. There's even a saxophone solo at one point. The outro is amazing with more horns, an awesome drum performance, and Abel riffing over the track.

Save Your Tears continues the 80s influence. This one is a little more bass heavy. Honestly, it reminds me of Circles by Post Malone, except, I like this one a lot more. The chorus is catchy as hell and Abel sounds so good on top of this instrumental. The song has direct references to two of Abel's notable exes, Bella Hadid and Selena Gomez. In the first verse alone the theories start swirling. For Bella Hadid's case, Abel talks about how he saw her dancing in crowded room, and she was happy until she saw him, which made her start crying, which is similar to an incident the two had last fall. In Gomez's case, Abel mentioning a crowded room is a direct tie in to a song she released of the same name on her most recent album. The choruses have these cool moments where everything besides some synth chords go away while Abel sings the title. There's also a cool vocoder bit in the outro that provides a nice touch. The Repeat After Me interlude is a personal highlight for me on the tracklist since the one and only Kevin Parker of Tame Impala fame handles the production and even sings on this song. The lyrics of the song are made for a depressing finsta story, with Abel saying, "You don't love him, you don't love him / You don't love him if you're thinking of me / You don't love him, you're just f*cking / You're just f*cking, it means nothing to me." Until I Bleed Out is a solid closer for the album, with Abel looking back at the story he created with this album. It starts off with these quiet synths that all slowly build up before they go away and give way to Abel's singing. The lyrics show Abel saying that he doesn't want to get high anymore, he wants all of these negative things out of his life. The song ends with Abel telling us, "I keep telling myself I don't need it / I keep telling myself I don't need it anymore."

I like this album a lot more than I expected to, and while I wish and hope that one day, he does a full project of synth-pop and 80s pop material, this is not that day. I can still admire this album for what it is. It's a dark, twisted look at Abel's mind after he's been through hell these last few years. It's consistent, the production is great, and Abel's voice is as amazing as ever. I think I'm gonna leave it at that.

I would rate
After Hours
By The Weeknd